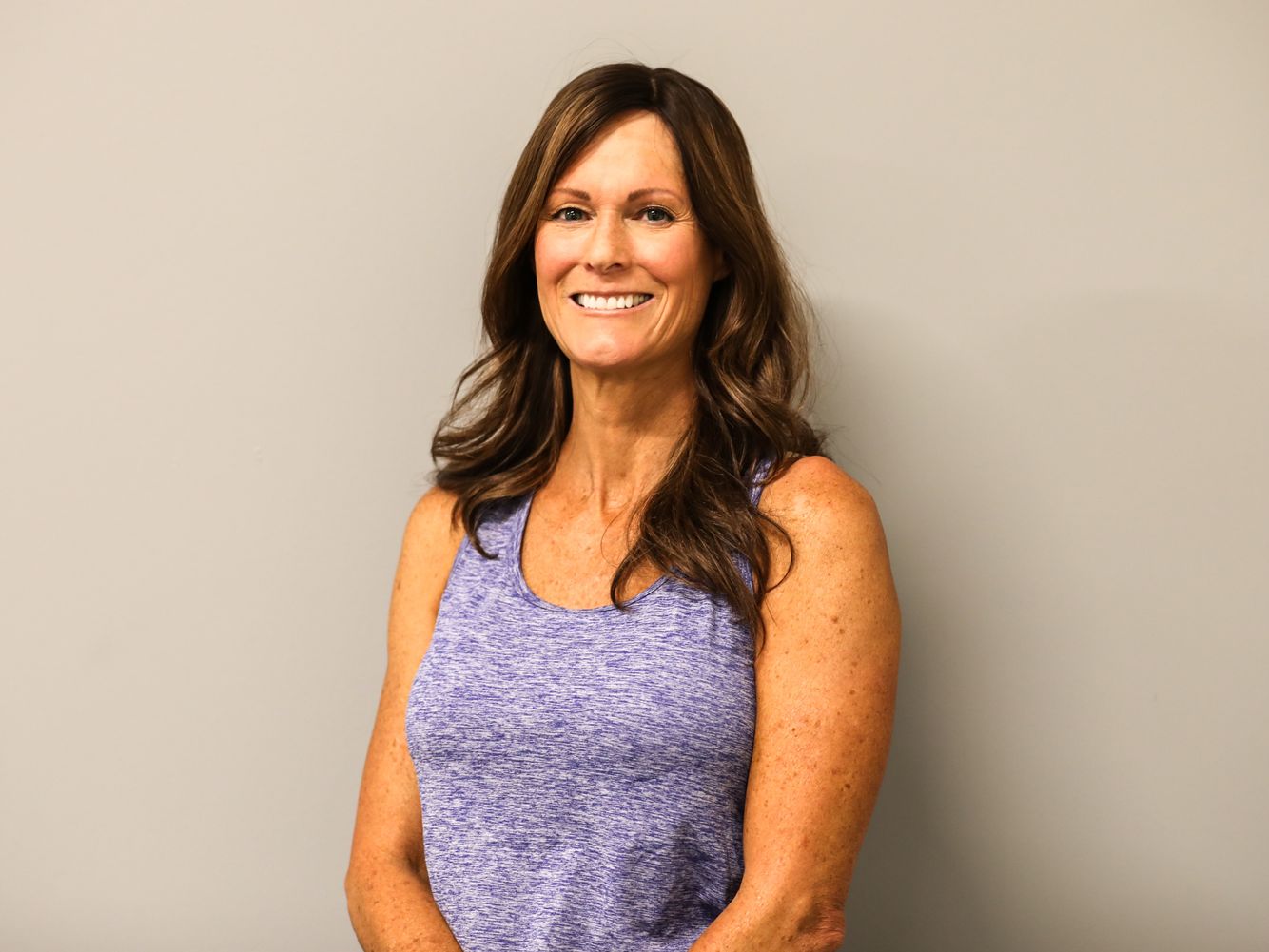 Sally Fischer is a Colorado Native. She graduated from the University of Colorado with a BS in Organizational Management and Communication. After spending over a decade in the insurance world and spending a few years at home as a full time mom and caretaker for her mother, she entered the fitness world. Her mother had a major stroke at the age of 52 which left her with complete loss of function of the right side of her body. Frankly, she should not have even survived this event. Sally worked, alongside, a few physical therapists that brought enough function to her mom’s right leg, that she was able to remain living independently. Sally was so impressed with the dedication and determination of her mom’s PT’s that she looked into going back to school to become a physical therapist. At that time, a friend in the PT world suggested that she might pursue personal training as an alternative to an additional seven years of education. This is where her journey begins…

She became a certified Personal Trainer through Athletes and Fitness Associates of America (AFAA) in 2006. Several years later, she received an additional certification through the American College of Sports Medicine (ACSM). She Started her fitness career in 2006, working primarily with female clients. She developed a successful fitness challenge program, which launched in the Parker area in 2006. This program integrated weight loss, strength, and the emotional aspects of women’s health by hosting support groups during the 12 and 16 week challenges. She believes that continuing education is in this field is important and has received many additional certificates for injury prevention, core activation, and nutrition. In addition, she spent several months shadowing an orthopedic surgeon. This included pre-op visits, operating room, hospital rounds, post- op appointments and physical therapy. She did this to further her education and knowledge of the human body and how and why we break down.

Sally believes that fitness is not an event. Rather, It is a lifestyle. Her goal is to motivate, train and support each client to reach their best potential. She takes a whole-body approach to training that incorporates pilates, yoga, weight training, balance and stretching. Her focus in the last seven years has been general health and well-being for clients over 40 years of age.